The annual bull sale at Fitzroy Crossing broke a number of records on Friday, with 198 bulls selling for more than $990,000, which is understood to be the highest-grossing bull sale in Western Australia’s history.

The top price was $13,000, which the Anderson family from Jubilee Downs paid on three occasions for Droughtmaster bulls.

Keith Anderson said he walked away with fewer bulls then he planned, but was happy to pay the top price for quality.

He said getting into a bidding-war with one of the Gina Rinehart-owned stations was like being in a rodeo.

“It was a bit like riding a bad buck-jumper many years ago — you just grit and hang on as good as you can.”

Mr Anderson said the bulls would be kept close to the homestead.

“Because they’re a bit valuable and I’ve spent a bit on them, I’ll keep them close and keep an eye on them,” he said.

“If you get a big wet season here, you get floods and fences go down and bulls end up in the neighbours and I don’t want that.”

Two of the $13,000 Droughtmasters were bought from SC Grazing near Rockhampton, the other was purchased from Lynsey Park.

SC Grazing’s Steve Farmer said it was a big journey for the bulls and it was great to receive strong support from a variety of buyers.

“We’ve had a very good day here, the cattle have presented well, and it’s a credit to all vendors and purchasers,” Mr Farmer said.

“The results here today show the confidence the buyers over here have right now.

“There are good cattlemen over here and we just try and present the right cattle to them.”

Droughtmasters have now achieved top price at the Kimberley sale for the past five years.

Red Brahmans were again very popular, selling to a range of buyers including Indigenous stations such as Noonkanbah and Millijiddie.

There were only six red Brangus bulls on offer, but they created strong bidding led by Gina Rinehart’s Liveringa Beef. The average price for the breed was $7,291.

In their first appearance back at the Droughtmaster National Bull Sale since rebranding their stud to the new ...
Click Here 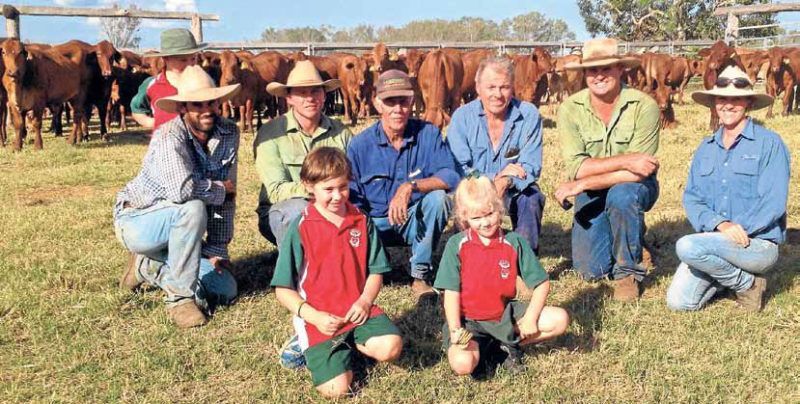